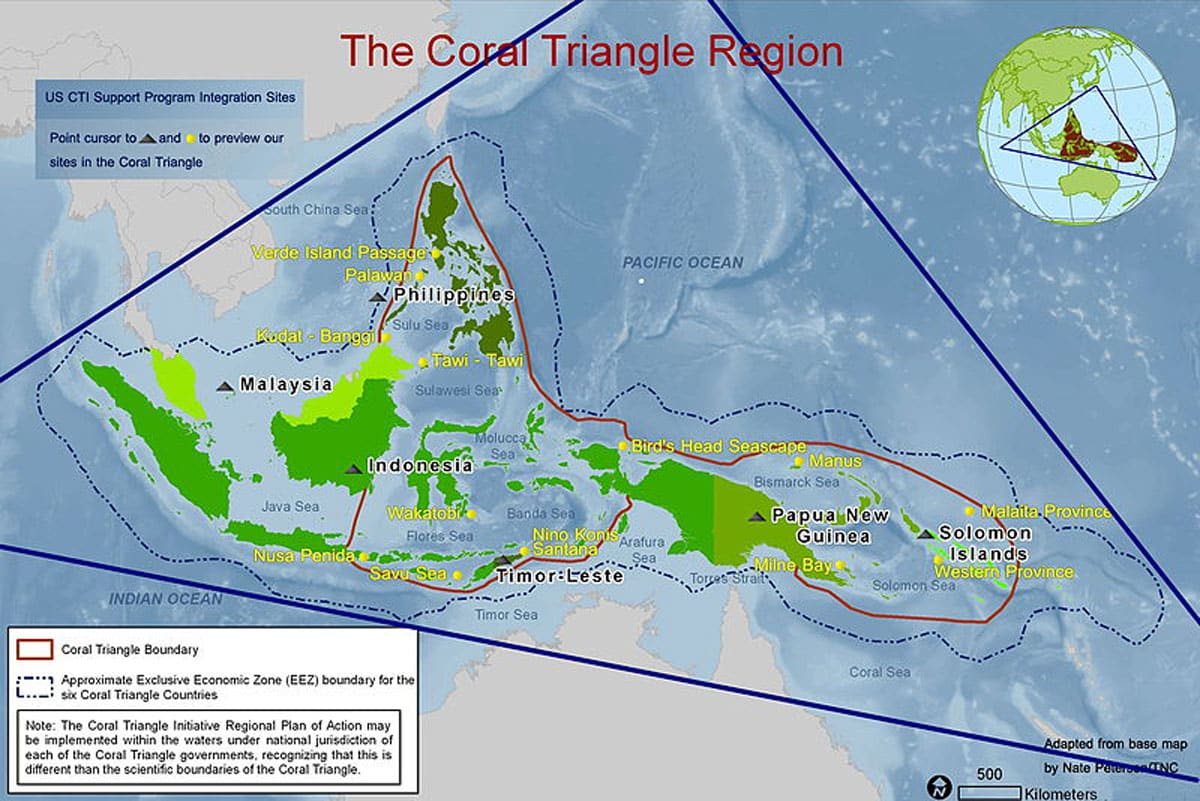 On a much larger scale, Bali and Nusa Penida have the distinction of being located in the Southwest corner of what is referred to as The Coral Triangle. This area, which includes six countries, is recognized as the global center of marine biodiversity. Considered the underwater equivalent of the Amazon rainforest and one of the most important marine nurseries in the world, it harbours more species than any other marine environment we know of, including 76% of all coral types and more than 3000 species of fish. The staggering natural productivity of the Coral Triangle region not only makes it unique for its wildlife and marine and coastal ecosystems, but also for the benefits derived for local communities and governments. 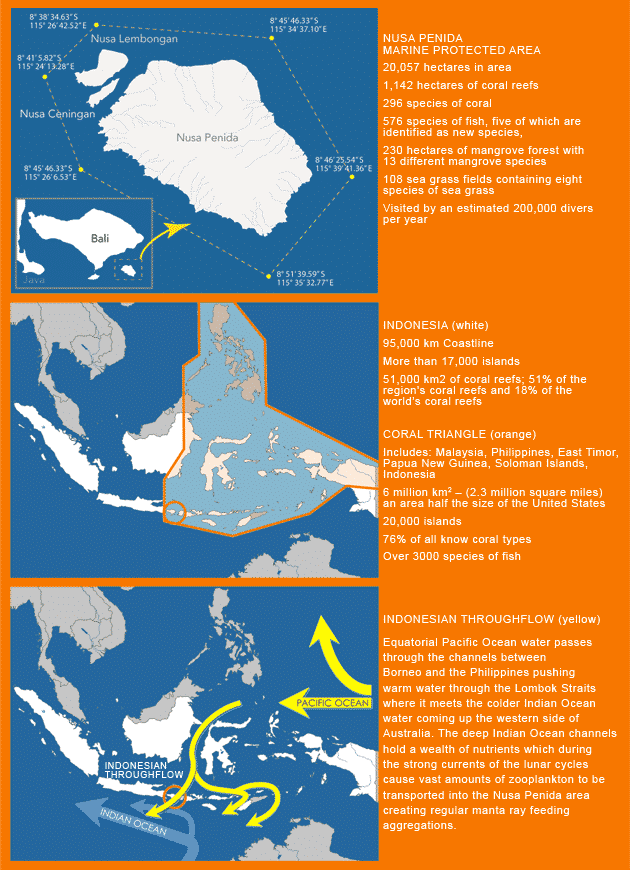 What is the Coral Triangle

The Coral Triangle is a geographical term referring to a roughly triangular area of the tropical marine waters of Indonesia, Malaysia, Papua New Guinea, Philippines, Solomon Islands and Timor-Leste that contain at least 500 species of reef-building corals in each ecoregion. This region encompasses portions of two biogeographic regions: the Indonesian-Philippines Region, and the Far Southwestern Pacific Region.

The Coral Triangle is recognized as the global centre of marine biodiversity and a global priority for conservation. It also called the “Amazon of the seas” and covers 5.7 million square kilometers of ocean waters. 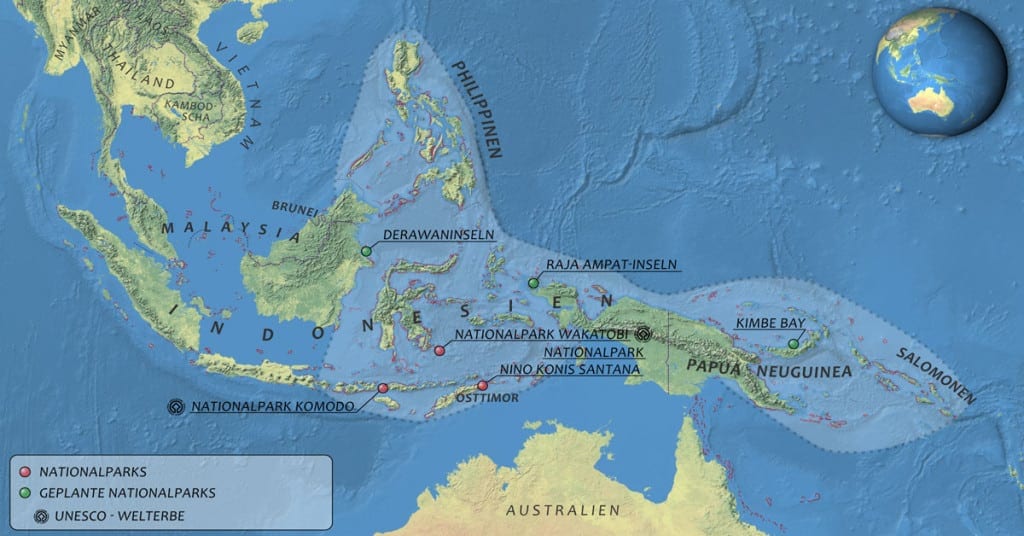 More than 3,000 species of fish live in the Coral Triangle, including the largest fish – the whale shark, and the coelacanth. It also provides habitat to six out of the world’s seven marine turtle species.

The large area and extraordinary range of habitats and environmental conditions have played a major role in maintaining the staggering biodiversity of the Coral Triangle.

The biodiversity and natural productivity of the Coral Triangle are under threat from poor marine management (including coastal development, and overfishing and destructive fishing), lack of political will, poverty, a high market demand and local disregard for rare and threatened species, and climate change. An estimated 120 million people live within the Coral Triangle, of which approximately 2.25 million are fishers who depend on healthy seas to make a living. These threats are putting at risk livelihoods, economies and future market supplies for species such as tuna. Studies have highlighted the alarming decline of coral cover in this region.

The Coral Triangle is the subject of high-level conservation efforts by the region’s governments, nature conservation organizations such as World Wide Fund for Nature, The Nature Conservancy and Conservation International, and donor agencies such as the Asian Development Bank, the Global Environment Facility and USAID.

** Reference: Much or the information in this post and images is from Wikipedia

We offer Eco Internships programs, contact us for more information.